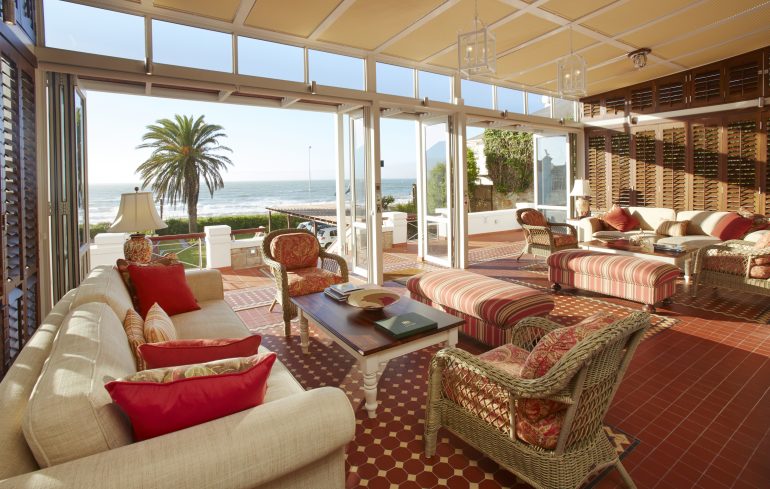 Our three sensational guesthouses in St James are under new management and we have breathed new life into all aspects of our beautiful seaside homes. For those who don’t know, St James is situated on the beautiful False Bay coastline on the Cape’s south peninsula. Our sensational houses are all on the Main Road so have direct access to St James beach with its beautiful rock pools and well-known colourful Victorian bathing boxes.

St James Manor, Homestead and Seaforth all have their own style and personalities which gives our guests the opportunity to select a home that is best suited to their needs. All have their own swimming pools, breakfast rooms, comfortable lounges and fully operational kitchens. Seaforth even sports a small gym which can be used by guests staying at any of the three houses.

We recently recruited the services of our much trusted videographer, Ross Hillier, to shoot new video content and take new photographs for us. We had a lot of fun creating material that shows off each sensational house and would like to thank Ross, his team and all who participated in what was a fun few days!

Should you be interested in receiving information about St James and the guesthouses please visit our website, e-mail guesthouses@rovos.co.za or call +27 (0) 21 788 4543.

We hope to welcome you into our one of our sensational St James guesthouses soon! 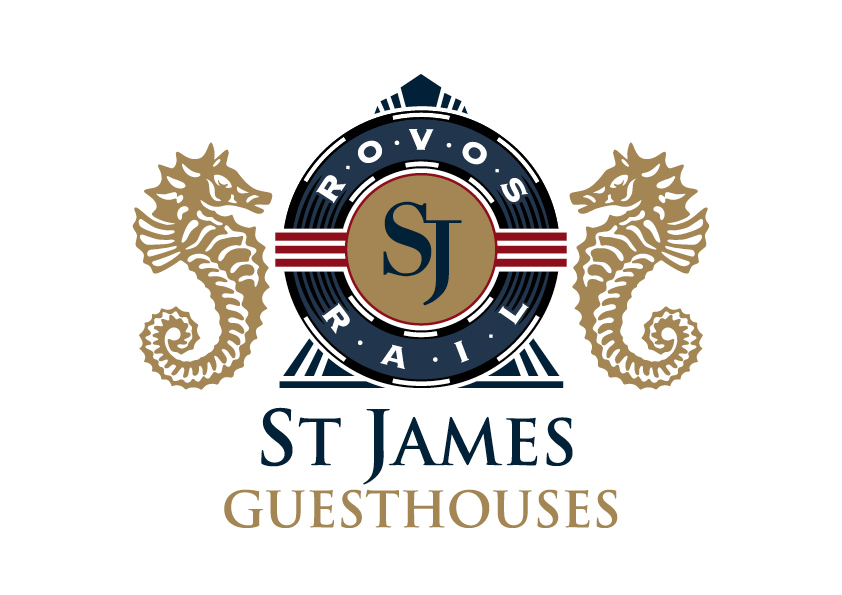 There is something so energizing about summer being just around the corner. Heads are up, people are smiling and long hot summer nights are just a starry night sky away. Summer in the southern hemisphere is a holiday-maker’s dream, especially in Cape Town, and there are few places better to beach and bathe than St James. A quaint area steeped in history that lies between Muizenberg and Kalk Bay, enchanting St James is sure to make the most memorable summer.

And it just so happens that we have three lovely seaside retreats that we hope will suit your holiday needs. St James Manor, Homestead and Seaforth are gorgeous homes redesigned to accommodate even the most discerning traveller.

We’ll start with St James Manor as it was the first house we opened and its vintage feel aligns itself with our lovely and luxurious Rovos Rail trains.

Built over 100 years ago, the Manor has an aura of grandeur and old-world charm with a splendid wood-panelled staircase leading up to the five large suites and a standard twin, each of which bears the name of historic, local characters of St James. The individually decorated rooms reflect the opulent times of an era gone by with lovely floral fabrics and calm colours, Persian carpets and early English and South African antiques. Carved into the mountain is a private and wind-protected swimming pool where those reluctant to leave the exclusive environment of the house will no doubt happily while away the warm summer days.

The latest reviews St James Manor has received have been a treat to read as guests have commented that the only regret they have was only spending one night and that our team made them feel so important. Another guest remarked that it’s one of the best guest houses she has ever stayed in and highly recommends spending time in this area of Cape Town! The Manor has been called idyllic, peaceful, amazing and fabulous by past guests so we hope that you will join us one day soon!

Call us on +27 (0) 21 788 4543 or e-mail guesthouses@rovos.co.za for further information or to make a reservation. You’re welcome to visit our website by clicking here.

We look forward to opening our doors and being part of what we trust will be a wonderful summer in St James! 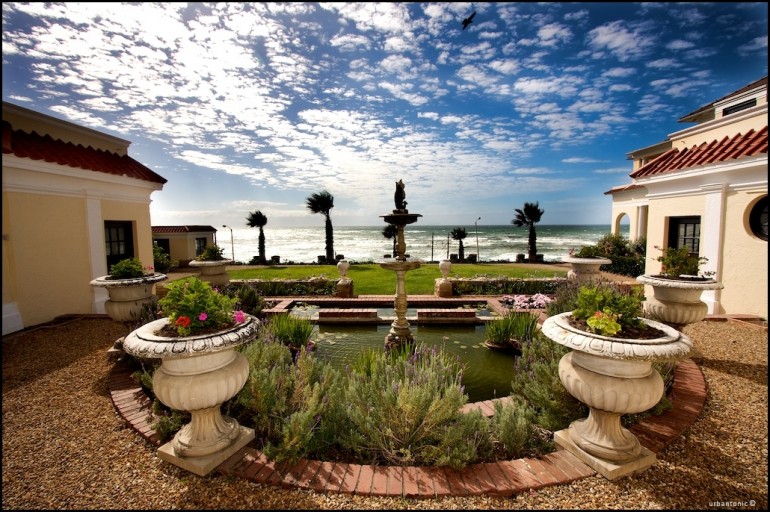 Brenda No Comment May 30,2016 Guesthouses, Manor, Reviews, We Enjoyed

We’re fortunate to have built up a loyal and enthusiastic membership for our Rovos Club over the years. One of our lovely guests, @thebleugoose, has travelled on the train and stayed at St James Manor a few times. She’s a lover of luxury, she has a discerning palette and when it comes to wines, she knows her stuff…sometimes more than we do!

A bagel, some art and a drink to end – a few of my favourite things to do in Kalk Bay ….

My husband I live in Cape Town but we try as often as we can to escape to the tranquility of Kalk Bay, an idyllic but eccentric sea side fishing village not too far from the beautiful wine estates of Constantia and the must-see Cape Point. We always stay at the St James Manor and as soon as we get out of the car and smell the crisp sea air and hear the ocean breaking on the rocks we know we have a relaxing few days ahead.

Now I am not a morning person, even with a toddler, so my husband regularly does the the breakfast run, but we always wake up early in St James and look forward to our first coffee of the day at Bob’s Bagels. A short walk from the Manor and up a narrow cobbled street is where you’ll find Bob’s, a hole-in-the -wall coffee roastery run by the man himself. Our search for a little French patisserie came to an abrupt end as soon as the delicious baked goods and fresh coffee smells had us walking into this delightful little café in a trance. The coffee is freshly roasted and served in pottery bowls and the bagels are mouth-watering. And if it gets too busy inside you can always perch on one of the benches outside and admire the sea view. To complement the cosy atmosphere, there is a little pottery studio and gallery next door which house beautiful pieces that are all locally made.

Another of my favourites is Casa Labia, a café and gallery set in a beautiful old home built in 1929 for the Count and Countess Natale Labia. It is a national monument and heritage site and my husband and I just love going there for lunch. The rooms are beautiful and look out over the Muizenberg coastline. Lunch is always a lovely affair as they often have a pianist or quartet playing in the background. The food is light and delicious and the wine list simple but perfectly suited. We often stay well into the afternoon enjoying the sounds of Bach and watching out for dolphins.

By now our tummies are full and after a much needed nap we venture out again where we always pop into the Octopus Garden. A quirky bar and restaurant in the St James Old Post Office Building. It is right on the railway track and although you cannot see the sea too well one can smell and hear the crashing of the waves on the rocks below.  It is filled with a menagerie of odd bits and pieces with beautiful and somewhat strange quotes written over all the walls. I always order my Campari and soda and my husband a beer and we chatter late into the night – we just love this place!

There is so much more to do in St James and Kalk Bay that it’s actually too much for one article! Trips to the world-famous Cape Winelands are easy and the staff at the guest houses are happy to arrange tours up Table Mountain or to the V&A Waterfront, golf and tennis games or send you on one of the breath-taking hikes in the area with your own personalised picnic!

Until next time, Lucie.