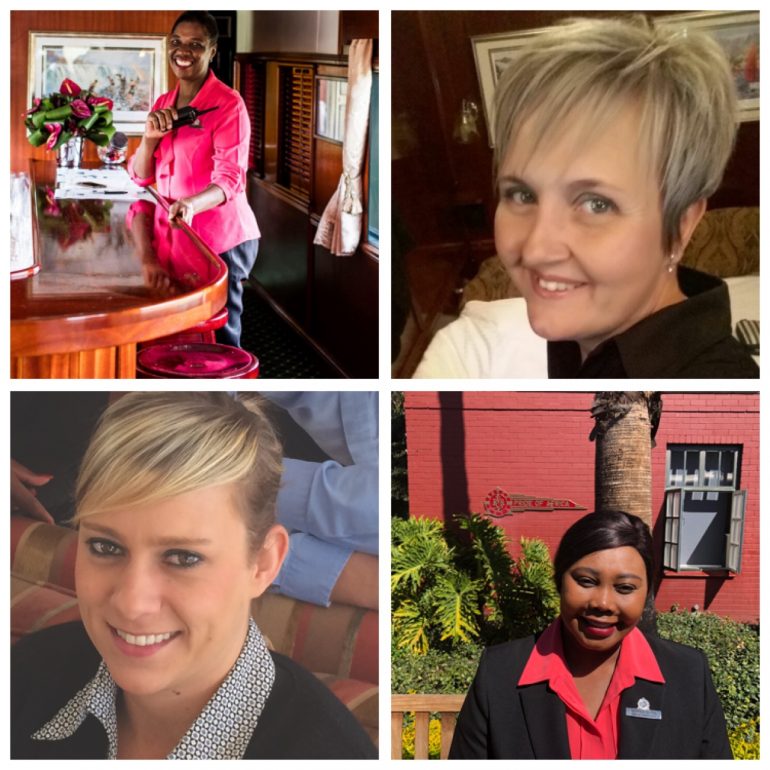 With it being women’s month in South Africa, we thought we would take some time out to celebrate some very special women here at Rovos Rail. We’re really lucky to have not just one, but four, fabulous women in our contingent of staff working as train managers – a coveted job that comes with a great deal of responsibility.

A journey to the top
Their journeys to the pinnacle point of train manager all took a similar path. Each of these women joined our team as a rooming hostess. Over the years they worked their way up from cleaning, polishing and vacuuming rooms to working in the dining cars, behind the bar, in the admin department, to deputy manager and finally into their current role as train manager.

Starting at the bottom and working your way up is something that our owner and CEO, Rohan Vos, firmly believes in. “His philosophy is that you need to be able lead by example which means my teams need to see that I know how to scrub a loo, make a bed, unblock a shower head or get a generator working”, says Renolda Motha, our most recently appointed female manager.

A hotel with moving parts
“It’s a moving hotel with all these different parts,” says train manager, Lucinda du Plessis. And a firm understanding of each of these parts whether it be electrical, mechanical, guest relations or managing staff is what makes for a good manager. “It’s a challenge every trip. Train operations are complicated and can be tiring – I can work an entire journey with little to no sleep, especially if there are delays. You have to be on the phone all the time and stay one step ahead of all the players such as Transnet,” says Lucinda.

On this, Daphne Mabala, our first female train manager agrees, “It can get tough out there as we can do nothing about a signal failure or a derailed train ahead of us so we just have to wait. It causes me stress as I like to run on time all the time!”

For Mart Marais who has been working as a train manager for over ten years, “the trains are like my children – they either run smoothly or they can be incredibly difficult!”

The fun side of the job
And while yes, it’s a job, and evidently a tough one at that, it also comes with an up side. “I get to travel across our borders and experience countries like Zimbabwe, Botswana, Zambia and Tanzania and now Angola and the DRC too,” says Mart, explaining that the train, “feels like my second home – I am so used to it that I can’t sleep properly when I am not on board.” It’s a sentiment that’s echoed by most of her colleagues. “I’m so used to it now that it can feel odd being at home. I struggle to sleep the first few nights because there is no movement,” says Daphne.

And while cabin fever can set in on long trips, it is clear when chatting to each of these women that they really love what they do and the train teams with whom they work. “I like the comradely between the staff. We can have a lot of laughs and that’s important on the longer journeys”, says Mart.

“I enjoy our guests and my best is when people meet on board and become such good friends that they then all book another trip together. There are a few couples like that – they met on the train and now travel together every two years and always include a trip with us,” says Renolda.

Perhaps Daphne sums it up best, “After all these years and what I have learned, I love trains and find them fascinating. Especially ours.”

We couldn’t agree more, and these women are just one, or four, of the reasons why women are as good at managing trains as their male counterparts, if not better! 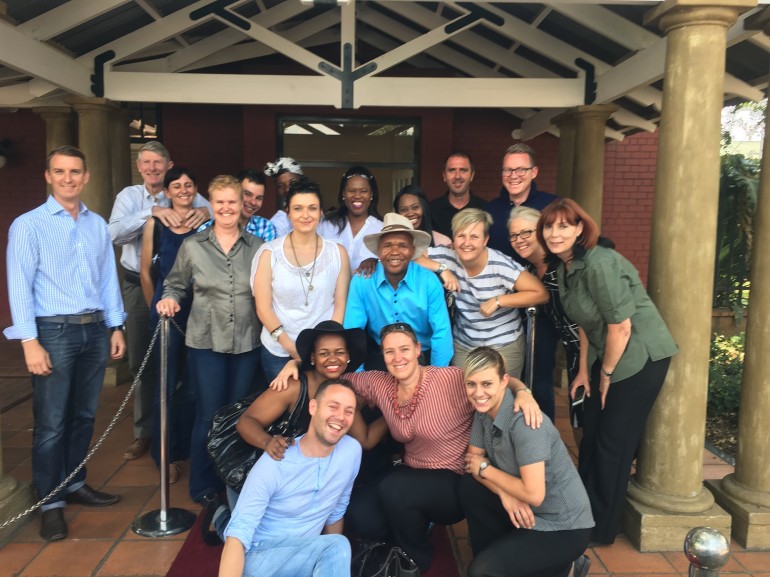 The train manager’s role is diverse and operating our rail journeys can be unpredictable and our managers deserve a big thank you from all of us here at Rovos Rail.

The set of skills required (and acquired) could make up an entire resume. From understanding the mechanics of each coach and what is required to keep them moving forward, overseeing a delicate and sometimes moody electrical system and the water supply to the entire train, wheels which can be a constant headache, managing a full complement of staff and maintaining balance on board with guests who are from all corners of the globe. It is not easy yet our team of train managers handle themselves with courteous professionalism, diplomacy and a level of quick and proactive thinking, which is impressive.

Collectively they have been with us for 81 years with Joe and Daphne leading the pack; Joe sees 26 years with us and Daphne, 22. Joe walked into the Victoria Hotel, a property that was the original 1893 railway hotel and one that we owned, looking for work. Rohan Vos, our CEO, asked him if he could do any carpentry work to which Joe said no. He was hired anyway and 26 years later he is still with us!

All six of our train managers have worked their way into their positions as senior management. Luxury train travel requires staff that understand the ins and outs of every aspect of the train but also of silver service as well as the challenges of overseeing guests and managing expectations.

We start all of our staff as hostesses or butlers so our train managers know how to make beds, clean bathrooms, fold laundry and towels perfectly, conduct stock takes as well as serve four-course meals along with some of South Africa’s finest wines which requires study from their side. These gathered skills are essential in managing a team of young train staff.

Behind every good manager stands his or her Deputies. It’s our Deputy Managers that take care of the finer things on board ensuring that everything is washed, polished and varnished so that the train sparkles. Rarely is there an out-of-place crease or smudged glass as our generals are perfectionists and not often do things go amiss!

It’s a tough job with many sleepless nights especially on a long journey such as Dar es Salaam. When you are reliant on external companies for your traction and service things can go wrong but our on-board warriors handle everything with an enormous amount of patience and insight.

To all of you we say thank you. Your dedication and loyalty to the dynamic roles you play is appreciated and we are grateful for your years of service.